Accords Celeste raises over $ 115,000 in support of research

The second edition of Accords Célestes was held this Tuesday, October 29, in presence of over 350 guests. Organized in partnership with Céleste vin, the event raised a net amount of over $ 115,000 which will be entirely devoted to cutting-edge cancer research in Canada.

Hosted by well-known Quebec actor André Robitaille, Accords Célestes came back with its sophisticated concept of food, wine and music pairing, in the magnificent St-James Theater, this time.

Five world-class wine producers from Portugal, France, Italy and Quebec offered their fine wines for the occasion. To accompany them, the starred chef Antonin Mousseau-Rivard, owner of Le Mousso and Le Petit Mousso restaurants, created a 5-course menu worthy of his reputation. An eclectic musical ambiance completed the harmony, ranging from traditional Portuguese fado, to the best of jazz, film and classical music. Charlotte Cardin crowned the evening with Aliosha in front of a seduced audience.

“Accords Célestes is a fantastic event that will help us to fund even more promising research! We are so grateful to the participants and to our partners who made it all possible. This is yet another example of what we can accomplish when united for a cause,” Manon Pepin explained, President and Chief Executive Officer at the Cancer Research Society. 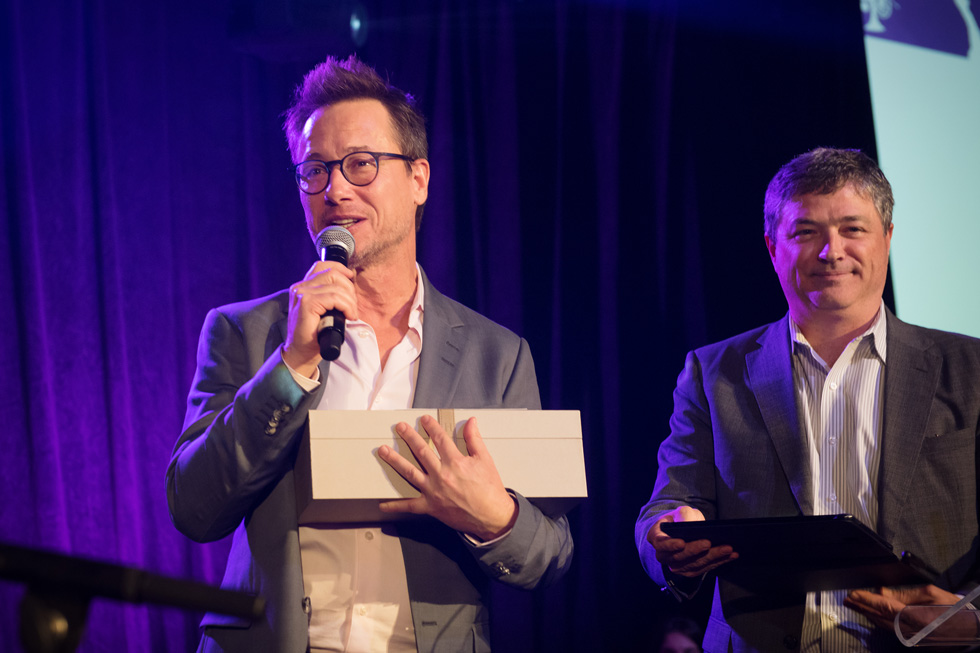 A highlight of the evening was without a doubt the tribute to Stéphane Rousseau, to mark his 10th anniversary as the Society’s Spokesperson. The Society took a moment to highlight Stéphane’s sincere and selfless commitment to the cause. “It was a total surprise and I am very touched. With my family’s history with cancer, it brings me comfort to invest myself to helping to advance the cause in the hopes that we will soon outsmart this terrible disease,” Stéphane Rousseau said.